I’m a Canadian author living near Niagara Falls, Ontario. Writing military SF, Space Opera and Technothrillers is my 2nd career. My first career was in corporate financial planning. I started writing professionally at age 57. I’ve written 29 novels and three short stories. My latest book is vol. 2 in my Phoenix Empire series entitled Phoenix Rebirth. My two technothrillers are The Hunt for Seawolf 4 and Whiskey Kilo One Is Down. 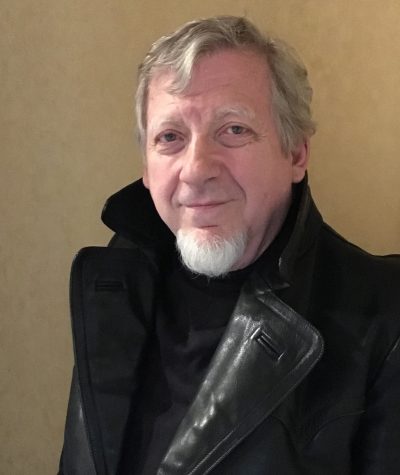 My writing routine used to be mainly in the evenings but now I try to get my writing done in the afternoons. I write every day (if possible) until I’ve written 10,000 words then I take a day off.

My SF novels don’t need any research. I did do some research for my technothrillers of not more than 10 hours or so for each book.

The military SF series I’m most proud of is The Glory Game series because it has complicated strategic and tactical space battles that were difficult to conceptualize. The technothriller that I’m most proud of is The Hunt for Seawolf 4, because it incorporates real world events that took place in the 1940’s and 50’s and leaves the reader wondering if the story really did happen that way.

The Retro War sequel to my Synchronicity War series was very difficult because it involved very complicated time travel elements.

I self publish on Amazon, iTunes, Barnes & Noble, Kobo and Google( for some books). Amazon is the easiest to use but they make it harder for an author to make a good living because their emphasis on Kindle Unlimited where readers pay a flat monthly fee and can then read as many books as they wish, one page at a time, does not pay as well as when a reader buys a copy directly.

Yes. I think there are many SF readers who prefer to look at and then read a physical book. I also think that self-published authors aren’t getting the recognition they deserve in terms of SF awards like Hugos.

Just one. When I started writing, I tried my hand at writing sequels to books by H. Beam Piper who died in the early 1960’s. His books have a limited fan base and when I was halfway through the fourth sequel, I decided I needed to switch to writing original material. That fourth sequel is still unfinished and probably will never be finished.

Most of my books are part of series which has more to do with the potential for future income that a good series can generate. When I have a idea for a stand alone book, I don’t mind writing it.

I can’t think of any particular character that I wish I had created.

Downbelow Station by C. J. Cherryh. The scope of the story universe she created and the intricate plotting is amazing.

I don’t find it particularly challenging to write about female characters. In terms of race/culture, I did do research into Japanese culture to make those characters in my Whiskey Kilo One Is Down technothriller more believable. I consulted with my contact at the Japanese publishing company that translated my Synchronicity War series.

The main aspect of being a successful writer for me is being able to live comfortably from the income my writing generates. Winning a writing award (Hugo?) would be nice for my ego but I don’t write to win awards. If a reader can’t put my book down and can’t wait for my next book, then I’ll have accomplished my goal.

I’ve establish contacts with other authors and I maintain contact with several long time friends plus a very nice relationship with a woman my age who is also creative (artist). I’ve been a student of history for many years and I try to stay informed on world events.

I take frequent breaks during the writing session and I go for a walk every day, weather permitting.

I don’t read all my reviews but I do read reviews for a new book for the first several weeks. There’s a difference between negative reviews and bad reviews. If a reader does not like my writing style or the story pacing or not enough (or too much) character development, etc., that’s a negative review that I can understand and accept even if I don’t agree with it. A bad review is when the reviewer gives a low rating for no good reason, in some cases without even having read the book. Those kinds of reviews are difficult to deal with and I admit that even after writing for seven years, I haven’t figure out how to deal with them effectively.

The most inspiring book I’ve ever read is a non-fiction book, The Millennial Project by Marshal T. Savage (secondary title: How to colonize the Galaxy in Eight Easy Steps)

My favorite author is David Weber. I like his Honor Harrington series although the earlier books in the series are easier to read than the later books.

Fly by the seat of my pants!

My favorite character is an artificial intelligence named Iceman from my Synchronicity War series. A close second is Hoch Rachengel, from my High Avenging Angel series of short stories. That series is what I’ve called Space Noir. it’s dark and gritty for adults only.

The best thing? I set my own hours and can work at home. The worst thing? No security of income. If I don’t work, I don’t earn income.

Yes but it’s getting harder.

Be prepared for failure in terms of selling success and keep on writing. I didn’t begin to make serious money from my writing until I had published my 5th book.