My name is Mark Gillespie and I’m an indie author from Glasgow, Scotland, now living in New Zealand. I’m a former professional musician and I turned to writing in my thirties. Now I write mostly thriller/horror but have a large back catalogue of post-apocalyptic and dystopian fiction. 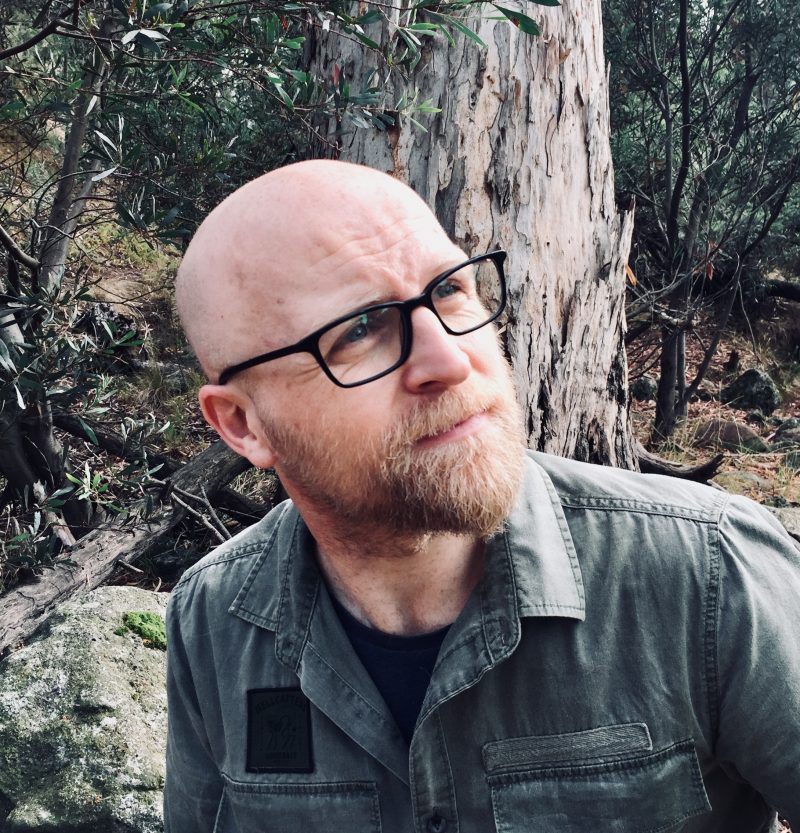 I’ve been writing seriously (for lack of a better word!) since 2011. So that’s about a solid ten years now. Most of that has been spent on fiction although around 2012-2014, I was writing freelance non-fiction articles, occasionally on popular culture (movies etc) but mostly I was writing mixed martial arts and boxing articles for magazines/websites.

The books tend to fall in between 50k and 60k. I don’t do this consciously, it just seems to happen after all the edits are completed. They could easily be longer but I don’t believe in keeping unnecessary words and scenes in to bump up the word count. Word count means nothing and yet so many authors are obsessed with the numbers rather than letting the story be the optimal length. I love short novels and novellas and would go so far as to say that a lot of novels out there are just fat novellas that need another edit!

I no longer have a daily word count goal. Whenever I do this, I tend to keep checking the number of words to see how far I’ve got to go and it becomes a distraction. I’m even throwing in words (any words!) just to get closer to the target. What I tend to do is tell myself that I’ve got four hours in the morning to work and I’m going to concentrate as best I can for that four hours. Whether that gives me 1000 words or 4000 words, it doesn’t matter. As long as I’ve put quality time in.

Only as much as I need to. Research can be fascinating but it’s also a great distraction from putting the story down.

WaxWorld is one of my favourites. I can’t comment on the delivery or presentation of the book, but in terms of ideas, it’s out there and I like that. I wrote it purely for myself.

All of them! The most recent, Devil in the Dark Woods, was particularly tough because I was working on meeting a deadline whilst emigrating from Australia to New Zealand. Early mornings, long days! Still getting over it.

Right now, I’m exclusive to Amazon. I don’t love exclusivity but that’s the nature of Kindle Unlimited and KU has been pretty good to me in terms of earning a living from my writing. I would love to be wide again though and might start distributing certain books to Apple, Kobo etc.

Depends on what they were offering. What can they do for me that I haven’t learned to do for myself over the past five and a half years as an indie? Bookstores, sure. Everyone loves the idea of being in a bookstore but will that help me sell the same number of books that I can sell on Amazon whilst creating ads on Facebook and Amazon? But to answer the question, I’d love to work with a traditional publisher under the right circumstances.

Honestly, my preference is for stand-alone. Both as a reader and a writer.

It’s from the movies but Travis Bickle from Taxi Driver. I often think about a story that I’d love to have put together and Taxi Driver comes up all the time. It’s just the deterioration of Travis Bickle’s mind that I find fascinating and how the world around him accelerates that decline. I love psychological stories and Taxi Driver is one of the best. I have Paul Scrader’s screenplay and it’s excellent.

Struggling to answer this one!

Yes, I’m a little wary of doing this but then I ask myself, what’s the alternative? Write white men all the time? No thanks. My last book, Devil in the Dark Woods, features a black protagonist called Mike Harvey and he faces some pretty horrific things that revolve around the matter of his race. I’ll never be able to write a black character with the authenticity of a black writer but research and empathy can help somewhat. For this book, I read a great non-fiction book called Horror Noire about how black people have been represented in horror movies. I also went back to my university dissertation about the first black heavyweight boxing champion, Jack Johnson, and how he was treated by the white establishment at the turn of the 20th century. Every little bit of research helped.

Making a living out of writing books that I enjoy. So, the happiness of creation combined with taking care of practical needs.

It is very solitary. Sometimes I’ve taken too much time on writing work and shut myself off for too long. It’s hard – there’s creative work to do of course, but indie also asks the author to market and these things take up a lot of time. I’m in a much better place now in terms of getting out and being around friends and fresh air, but sometimes I have to force myself away.

I exercise first thing in the morning about five days a week. Also, I had a standing desk before moving to New Zealand so I’ll have to see if I’m going to get another one. Whilst writing, I do get up and walk around as much as I can remind myself. I also go for a dog walk in the afternoon. Movement is so important for writers.

Not really. I do check in with the average rating on Amazon and as long as everything’s above 3.5 out of 5, I’m not too bothered. I do read the occasional review if someone points out that they’ve reviewed. Of course, I’ve read bad ones and the first time you do that, it stings. Over time however, I remind myself that everyone’s entitled to their opinion. Bad reviews don’t necessarily mean a bad book.

I love The Razor’s Edge. by Somerset Maugham.

Stephen King. Not an original answer, but he’s provided a lot of entertainment in my life. Favourite book of his would be either The Body or Salem’s Lot. His collection of short stories, Night Shift, is also amazing.

More of a plotter, but not in great detail. And there’s a bit of pantsing in there too at times. I’m kind of a plontser.

I like Butch Nolan. He’s the sort of guy I’d want on my team and he doesn’t let anyone get away with killing his dog.

There are fragments of real people in so many of my characters. A lot of me, my wife, certain friends and family and acquaintances. So many I wouldn’t know where to start.

The best thing is the freedom and control. The worst is the heavy, heavy workload.

Yes i do. It’s a modest income but it’s enough that I don’t need to get a day job. The sole reason I make a living is that I’ve written a lot of books over the past five years. Not one book alone makes a living, it’s a combination of my most recent titles and the box sets that do it.

Think deeply. Make sure you really want this.