I’m a UK ex-pat who lived in Africa in the 1970s. My experiences during these years formed the basis for my non-fiction book Waiting for the Rains and my fictional story Incident at Barbers Ridge. 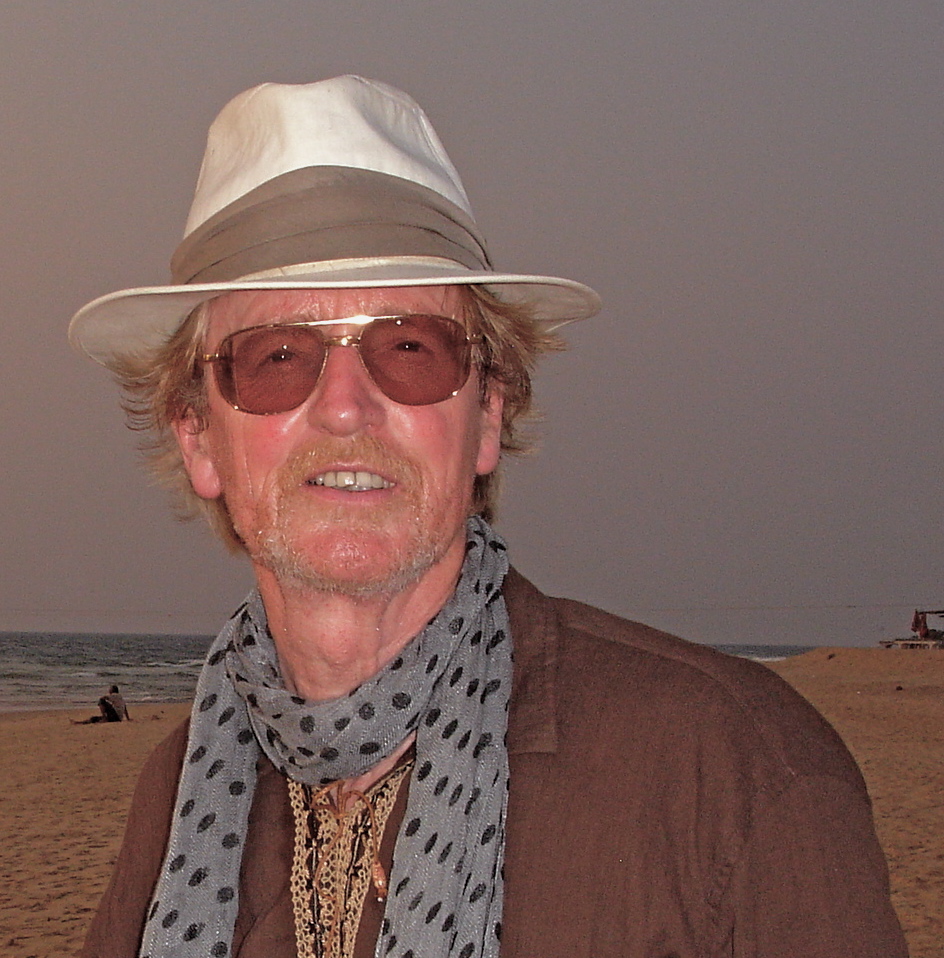 Born in Pembury, Kent and brought up in Tonbridge, Kent.

I went to Huddersfield University, years later – late 80s. It was a Polytechnic in those days. This was after coming to Leeds for a lecturer post at Kitson College, in 1984. (College now long gone!). I have lived in Pudsey with my wife since this time. Our son grew up here and now lives in Oxford. His early years were in Zambia. He even started as a child with a Zambian accent!

My career was in Printing, as was a big industry in those days. Studied letter assembly, first as a compositor, and later moving into the computer side of the industry.

Always had an interest for travel. Went to Canada first and was married there.

Returned to England, studied printing technology and adult teaching qualification. Went to Africa as a job position came up there, in the Govt. Printing Office as a training officer. This was through the British Govt. Aid Scheme. It was a 2 – 3 year contract, renewable. A very lengthy interview and health screening, to make sure I was suitable! Some people could not stand the climate or being so far away from home.

In Malawi for 6 years 1970 -76. Based in the Administration capitol Zomba.

Very beautiful. Has one of largest fresh water lakes in World – 500 miles long by 70 miles wide. Very safe, especially in the then, post-colonial days. Still safe for travelers, but with precautions, esp in cities. People are friendly and want to help. Many large cities in Africa are certainly not safe. Even traveling across country can be dangerous. There are about 55 countries in Africa, and today at least 10 are highly dangerous. This is mainly because of wars between ethnic groups.

Most difficult living conditions were isolation. Small expat community easy to live with. Lots of basics were missing. Completely different lifestyle, with no TV, possibly no phone. Had to invent your own entertainment. Cinema and theatre very limited. Certainly few facilities with basic health care. Easy to get tropical diseases, but after a while hardened up! In small towns and countryside – savannah – insects galore. Politics were very sensitive. Criticism of the government could result in jail or in instant expulsion from the country.

The heat and way of life often led to marriage problems. Especially for wives who often found the absence of a home life difficult to come to terms with. Children were usually in overseas boarding schools.

Can get very hot and in rainy season incredible storms. Travel between centres often very difficult.

Alternative: servants made life relaxing and lots of expat entertainment/parties. Some of who went off the rails and developed drink problems and affairs with local girls. After a while, you could forget about your former life, and this became a substitute.

After a break was recruited for a similar position in Zambia.  Contract 1977 – 81. This was in Lusaka the capitol. I was trained to install specialized equipment, but half of it was bombed in a coastal war and never arrived!

Zambia was a refuge for rebels fighting to free Rhodesia from colonial power. Also the same in Mozambique, its neighbour. Became a very dangerous place to live. I was picked up by the military on two occasions being a suspected spy! Bombing raids across the city were common. There were times when expats were advised to keep out of the city centre.

Some book quotes at end of this! I decided to write my first book “Waiting for the Rains” a memoir of Africa, because of the often unique experiences I saw and experienced. I believed this needed to be recorded. The book is a record of what I saw and did and my feelings about life in a fairly remote area. This also was a special time, as countries emerged from the colonial system into their own self-governing administration. This would never happen again. Each chapter is separate from the rest, and need not be read as a novel. Therefore, there is a chapter on transport and another about politics, etc. It was more difficult to write as I wanted facts about people in government or dates of events to be correct. Quite a lot of research went into this.

I was able to go into ‘dangerous’ areas of Lusaka because of the local people I knew very well. Very few white people get into these places. This included the notorious shantytowns where a criminal element resided. Even police only went there heavily armed. I also went into the bars and local villages, again mainly because of the people I knew.

My second book “Incident at Barbers Ridge” is a novel, with fictitious characters based upon real events. I was living near to conflict situations in Zambia and this gave me the idea. It is brought up to date and set in modern times, but this does not alter its authenticity. The book was easier to write as I could make up situations and places. In fact Barbers Ridge does not exist, but there are many places that could resemble it.

My books are in the Africa Book Club in the USA and have good reviews. I also did a book signing in Chapters, Canada and in Waterstones, Leeds. Both books are in Leeds Library. I write only for pleasure and sell most books online, at book fairs or at the talks I give to local groups.

Both books are found on Amazon and the publisher Dovetail Press:

I have visited, or traveled through many countries in Africa by all kinds of transport. Also have been seriously ill in remote areas. My last visit was two years ago to Malawi. Not much had changed. Corruption has generally got worse. The rich have got richer and the poor lead very much the same lives. Very few tourists get off the beaten track, especially traveling solo. I still cannot get used to the extravagance of life in western countries, or the waste that is commonplace. People here generally have so much and the poor in Africa have so little. It’s something only travel can reveal.

I started writing many years ago, mainly exercise stories for the writing group I belonged to.

My first book was written over many years. But the revision was completed over one to two years. Word count was about 100K. My second semi-fiction book was much shorter, around 50K and took about three years to complete. But this was half the length of the first. The story/plot and setting I knew well. It had to be framed around the characters. I just got down to do it!

I don’t! I wish I had. Many interruptions to writing interrupt my work. I wish there was more routine I could adhere to.

I don’t need a special place to write. Sometimes when I get ideas, they are tapped out on my phone. Or text may be scribbled down on a piece of paper while on the top of a bus, going into Leeds. But usually I don’t want background music. Silence is my best option! I will even think over ideas while going out for a jog. Takes my mind off the pain of going up the next hill!

A lot. Although much of the story is from my own experience, I ensure all the technical facts are correct i.e. dates and names must be correct.

Making sure the plot hangs together coherently. Trying to make the story interesting to read. Editing is always a problem. I believe it was Hemmingway who said: ‘Write when you are drunk; edit when you are sober’. There is some truth in this!

My first: “Waiting for the Rains”. I put enormous effort into this. It took a lot of time to produce. I think it was worth the effort.

I would use traditional publishers as they may have access to bookshop shelf space. But apart from this, I not convinced they would promote your book any better.

Only one and this is being worked on right now.

Definitely not a box set, or a series! But the subject matter of my first two books is linked.

No, this is not difficult for me. The book just mentioned is about differences of race and culture. Because I lived in Africa, where there are many cultures, I experienced this first hand. It was one of the themes of my book.

The character is from “Incident at Barbers Ridge” about a conflict in Africa. He is a squad leader and the story is told through his experiences. The squad respects him and need his leadership. He sees the conflict as a just war for the settlers who he is fighting for. Despite his bravery, they are demons locked away in his mind. The book is about both the conflict and his internal trauma.

Having reasonable sales of my books. As they are a niche market sales will, I suspect, always be minimal. But I accept this. I write about subjects I feel need to be written about, irrespective of commercial dictates.