Hi my name is Pam C Golden and I live in West Yorkshire, where the landscape has inspired the initial setting for my stories. I write children’s magical realism, time travel fiction, although it seems to appeal to adults as much as children. The first in the series is called A Tree in Time and I am working on the next one, hopefully to be published in the near future. 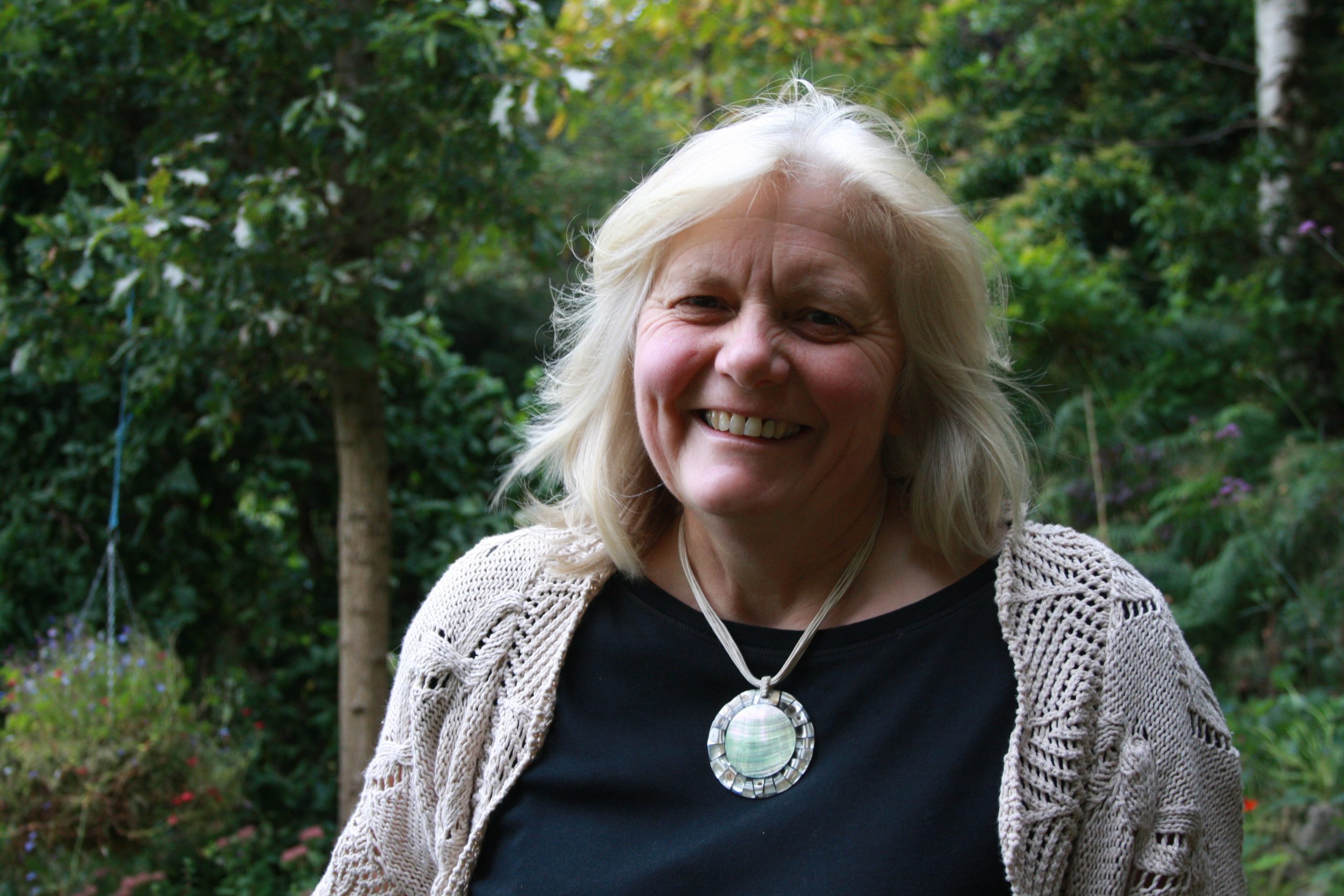 I’ve written all my life: poems, letters home from my travels around the world and the odd short story, however I’ve only recently started writing books. My first novel took about three years from start to finish, but now I understand the process of writing to publishing, my second one is probably going to take about eighteen months. I’m just starting my third novel in the series, so maybe I can get it down to nine months!

I research a lot both before and during the writing process. It’s mainly to determine historical accuracy, although the period I’m writing about- the Stone Age -has minimal information, so it gives me room for imaginative invention as well. I include an appendix, referring to the historical details, so readers can distinguish between fact and fiction in the tale.

I use both Amazon and Ingramspark. Amazon is probably easier to upload but Ingramspark produces a better quality end product and feels more professional. IS is also recognised by bookshops and libraries whereas Amazon isn’t. I haven’t investigated smaller platforms as I’ve been aiming for the bigger reach. I’ve not been doing it long enough to decide how fair and accurate they are with their payments, but I am very aware of how much money Amazon will be making from authors, particularly as they hang on to your royalties for three months before paying you. I’m not very keen on Amazon as an organisation but they are probably the easiest platform to ‘cut your teeth on’.

What's the one character you wish you would have created? What do you find compelling about this character?

I love Howl in Howl’s Moving Castle by Diana Wynn Jones. He is an enigma; mysterious but kindly, magical yet with very human emotions, capable of great feats whilst being vulnerable

What book do you wish you had would have written? Why?

I’d loved to have been the author of The Chronicles of Narnia. They are such iconic children’s stories that resonate across generations and have influenced so many modern writers, either directly or indirectly.

I think success for me is the glow on someone’s face when they talk with enthusiasm about my book and about how much they have enjoyed it.

I still work as a regular supply teacher, one day a week. This keeps me in touch with children and the way they feel, think and how the world events impact on them. I live in a small town and have many friends and groups with whom I interact, which keeps me abreast of the real world

Constantly sitting and writing can be physically debilitating. How do you take care of yourself physically?

As soon as I get up, I walk the dog, then do Tai Chi (always outside) and then if I have time I do a yoga session before breakfast. Then I feel able to start the day.

Do you plot your stories in great detail before writing, or fly by the seat of your pants?

No I don’t plot. Normally my starting point is during meditation. I visualise a particular scene or image, then weave the story towards the point where that scene is included. By then it has its own momentum and the story creates its own ending. I have no idea when I start the book as to how it will conclude or who will appear in it-that is the thrill and fun of writing. It’s like I’m reading the story as I write it. In my latest novel a character appeared and took over — I’ve no idea where she came from but she made her presence felt and determined the course of events. I love it when that happens!

Of all the characters in your stories, who is your favourite?

It’s hard to choose, but can I choose a character from the book I’m in the process of completing? If so I’d say Fearn. She’s quietly talented, wise for her young age and loving, yet she can be full of fun, quite feisty and very empathetic.

What's the best thing about being an independent author? The worst?

The best thing is that there’s no time pressure from a publisher or agent and you have complete control over your book, from its content to presentation. You can make more from the sale of each book and don’t have any commission to pay.

The worst side is having to do everything yourself, particularly the promotion, which can all end up costing quite a lot if you’re not careful. It also means you have less time to actually write and be creative, which can be frustrating when you have to drop everything to do administrative ‘stuff’.

I had an agent for a while who took my book to London and Frankfurt International Book fairs. The feedback I received was that publishers were only interested in new authors who had established their own promotion routes already, either with a large social media following or who are famous in one way or another. So if we have to do our own promotion, then the only advantage of having a traditional publisher is that they do all the work of preparing the manuscript and getting it into print. However, once you’ve done that a few times it does get easier

Write from your passions and your heart, then your readers will be captivated. Join a self-help group to do all the publishing and publicity side. I’ve found being a member of the Promoting Yorkshire Author group invaluable. They give wonderful advice, ideas, suggestions, courses and best of all moral support. It stops you feeling so alone. It’s one thing writing a book but a whole new world learning how to publish and promote it as well