Hi, I’m Edwin H Rydberg. I’m a Canadian ex-pat now living in Yorkshire, UK. I write near and far future science fiction as well as YA and children’s books.

I enjoy exploring the relationship between technology and society and finding plausible ways to create characters and worlds that would otherwise seem to be implausible.

I’m currently reworking a few previously published novels and will be rereleasing them shortly. I also have a podcast where I interview other science fiction creators. 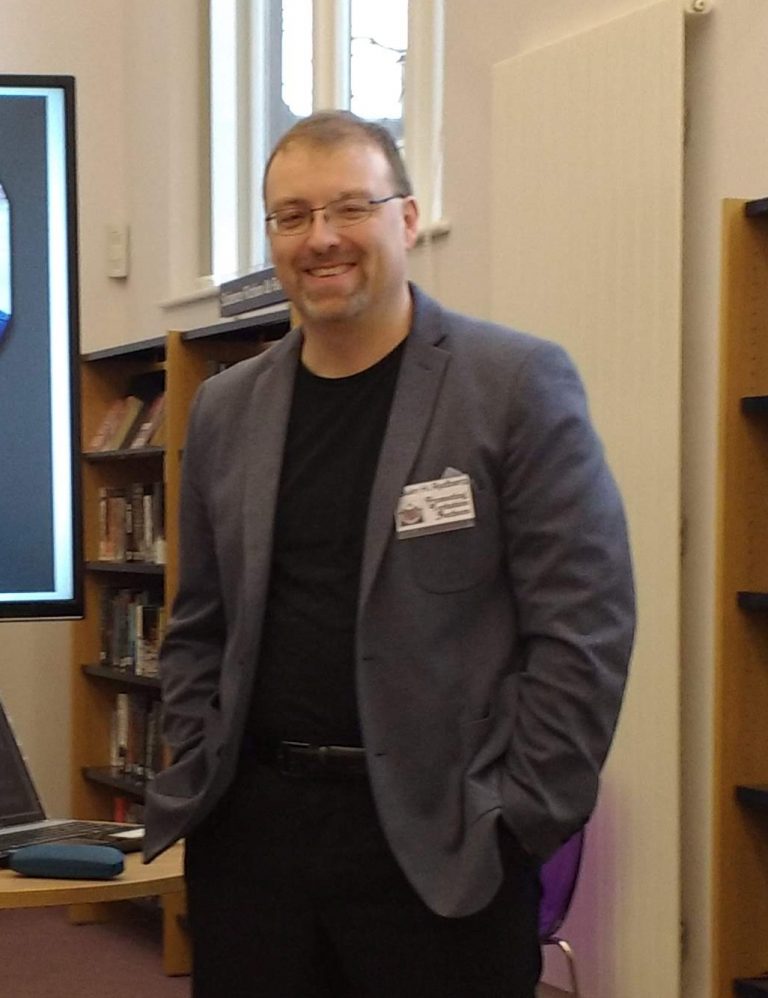 How long have you been writing for?  How much of that time have you spend writing fiction?

The first story I wrote was a short space comic when I was about eight. After that, almost all my writing was non-fiction until my Ph.D., when I started writing poetry to deal with the emotional challenges of the time. It wasn’t until I was working in the middle east where I met another science fiction fan that I was inspired to try my hand at fiction writing. I’ve been learning about writing and the publishing industry every since.

Since I write science fiction, this depends. Much of the research is will revolve around a few concepts or technologies that I want to include in the story and the rest is imagination. However, I’m finding the near future work to be quite challenging. With the world so dynamic in this century, it’s difficult to get a handle on what the future might hold.

Without a doubt it’s the messy middle. I can create compelling openings and I can see the end, but for some reason the vast possibilities of the middle often overwhelm me. I suppose this suggests I should do more outlining before I start.

I’ve used both Amazon KDP and IngramSpark. I prefer the streamlined layout of KDP (and the lack of up-front cost), however, IngramSpark has the reach and respect for print books. There are so many upcoming platforms, each with their own benefits, that it’s almost a job itself to try each of them. For example, I’m definitely going to publish on Draft2Digital in the near future.

A lot. I suffer from an over-abundance of ideas that I’ve gradually learned to collect and colate into story ideas. But then the story ideas continued to overflow and I’ve now collected them into an epic multiverse-spanning tale. But still more come…

The short answer is about half a dozen half-finished novels, with many more crudely outlined.

I wish I enjoyed stand-alone books, but I can’t help myself and everything becomes and epic saga.

I’d like to say it’s enough that I’d have lots of fans who enjoyed my writing, and that would be great. However, I would also like to be able to make a living at it.

I didn’t for a long time and it has had some very negative affects on my body. So now I’m trying to work back from numerous repetitive stress injuries by scheduling breaks to get up and stretch and just generally being more active. The pandemic has helped in that I’ve gotten in the routine of a morning walk before breakfast.

The only novel I properly plotted out was the first one I finished. I wrote two more without outlines (one of which became Game, Set, Deathmatch). I am, however, now of the mindset that I need to outline my novels at least to a crude chapter-by-chapter structure to carry me through the challenging mid-section.

I have a lot of characters I like — I suppose that’s a good thing since I spend a lot of time with them. Of the books I’ve published, they would probably be Virtue Maroni in Echo of the Past (Altered Destiny) and Figment in Game, Set, Deathmatch (Dreams of Mortality) — although BodyBag is a close second.

The best thing is the freedom to do your own thing. I’m convinced that the next innovations that will come in story telling will come from the independent author community. However, there is a reason publishing houses have so many staff. There’s a lot to learn! If you’re able, you need to make it a full time job. If not, at least you need to put in a consistent daily effort. All of the successful self-published authors say the same thing — consistancy was a huge part of what worked for them.

Write what you’re interested in but tweak it for the current markets. If you write exclusively for a present trend, it may be gone by tomorrow. But you will always believe in the stories that are close to your heart. Having said that, if readers can’t place your story in a genre, they will have a hard time deciding to read it.

After that… be consistent. Show up everyday to work on your craft and do your marketing. If you work hard and continue to learn and grow, you will eventually succeed.